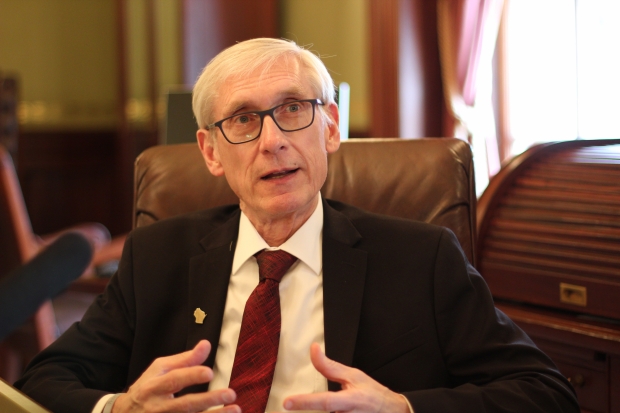 Earlier this month, Wisconsin Governor Tony Evers expressed strong support for having schools start back up earlier for the 2021-22 school year: before Labor Day. He hopes that this will allow students who have fallen behind due to the pandemic and school closures to catch back up on material and learning lost.

Though many districts throughout the state have resumed in-person learning, the largest districts in Wisconsin are still teaching most students virtually.

This decision would require districts to get a waiver from the state if they want to open before Sept. 1, according to Wisconsin law. Evers is also still unsure if this decision would be made on the local level and a case by case basis or a more broad decision that many schools would have to adopt.

In addition to earlier returns, he hopes that schools will allow for more summer school opportunities for students who need to catch up.

In a Wispolitics forum, Evers indicated a need to change when schools return back for leaning next fall for in August instead of September. “We might have to change that temporarily,” he said. “At the end of the day, we really do need schools districts to consider what we can do to catch kids up.”

Junior Noah Davis sees potential for this push made by Tony Evers. “In my opinion, I believe that the option for schools to be opened up early next should be available for the students with below average grades, but I don’t think summer classes should be mandatory because not all students are failing classes,” he said.

In addition to this, Davis thinks certain grade levels would benefit more than others from returning to school sooner. “If any grade level would benefit from starting classes early next year, I’d say the freshman or juniors. Junior year has always been described as stressful and ‘one of the most important’ years in high school, so with everything that’s happened over the past year, these students have not been able to hold on to as much material as they should have,” he said.

Senior Sarah Iselin also thinks that it would be beneficial for students to start earlier. “I think it would be good for schools to start earlier, mostly because Wisconsin public schools start later than other schools. I think starting earlier this coming year would be especially good for elementary and middle school students to catch up on material and skills they might not have learned this year,” she said

Iselin also thinks that there are certain grade levels who would benefit from this decision the most. “I think elementary and early middle school students would benefit the most from starting earlier, while it might not be as important for later middle school and high school students,” she stated. “Older students are able to have more responsibility in their learning and have homework that can make up for some of what they miss in the classroom. However, younger students don’t have that individual responsibility and their time in the classroom is much more impactful, so I think it’s especially important for those younger students to start earlier and make up what they may have not learned this year.”

English teacher Kate Wagner understands how there may be a need in some grade levels and in some content areas, but not in her classes or with her daughter. “As a parent, my daughter is only in Kindergarten, so it doesn’t seem that she missed too much this year and my yearbook class ison track with what we would usually accomplish.”

Evers, who himself was a former science teacher and high school principal, acknowledged the benefits for a robust summer program for students, but does not believe that they should be mandatory and parents/guardians should be able to make what decision they feel is best for their children.

“And I’m not blaming anybody for this,” Evers said. “This is a pandemic where we’ve had 6,000 people die in the state of Wisconsin, and so it’s just one of the byproducts of that. We have to face that and make sure that our kids get caught up.”

Republican lawmakers have proposed several financial incentives to encourage schools to return to in-person learning as well as financial penalties to punish districts who continue to stay virtual. However, Tony Evers has rejectected their proposals and feels that schools should remain closed if that’s what the teachers feel is best at their school district.

Though there is still time for school districts to decide what they feel is best for their students, the learning that has been lost definitely needs to be addressed and fixed for the wellbeing of these children and teenagers.